The top symbol shows a fixed displacement hydraulic pump that rotates in an anticlockwise direction when viewed onto the drive flange and drive-shaft. The black triangle shows it is a hydraulic pump and which direction the flow will go in.

If the symbol was clear it would indicate a pneumatic pump rather than a hydraulic pump.

If the symbol was reversed, as shown in the bottom image, it would indicate a motor rather than a pump. The bottom symbol also has two triangles which shows that it works in both directions.

The middle symbol has an arrow through it indicating a variable displacement pump. It also shows a case drain line coming from the side of the pump casing. 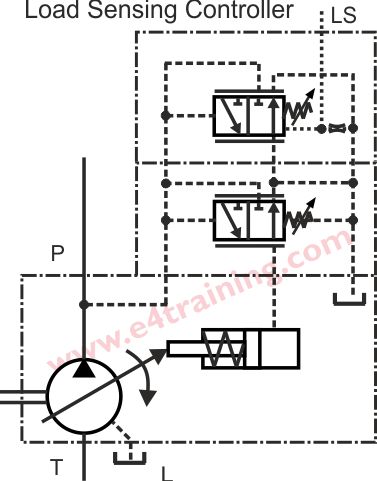